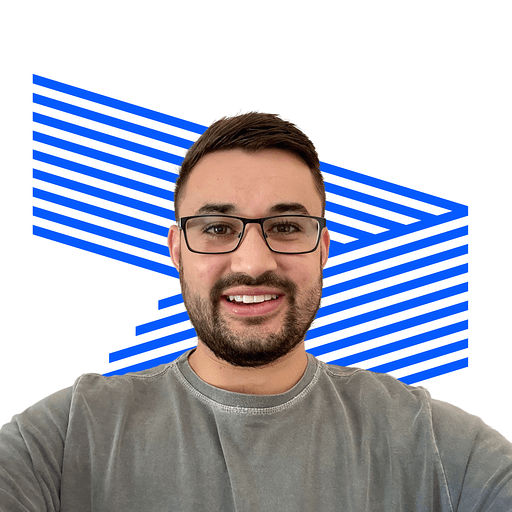 The WWDC, which means Worldwide Developers Conference, is the main event of Apple, the world’s largest technology company. The last WWDC ended on June 10th.

Every year this event takes place in the United States, more precisely in the state of California in Cupertino, where the company’s headquarters are located.

As in the last two years, in 2022 Apple continued to hold the WWDC online, with a new feature: on June 6th, the company held a special event for developers and students in Apple Park.

In this blog post, we’ll show you the WWDC’s highlights and all about what happened at Apple’s conference.

This event was attended by people who showed up in person and also the online community.

What did Apple announce at WWDC22?

The main goal of this event is to bring news related to software development, but this year they also launched some new products of the brand, such as the new MacBook Air with M2 chip.

However, the main feature of the event was the new versions of the operating systems: iOS, iPad OS, macOS, watchOS, and tvOS.

It is no news to anyone that the Apple community grows every year, and 2022 is no different. With more than 30 million developers around the world, Apple sought to bring information and access to technologies and tools to transform the visions of these professionals into reality.

In addition to the announcements shared in the keynote, WWDC22 brought more information sessions, more cutting-edge learning environments, digital rooms for interaction among attendees, and localized content to make the event a truly unique experience.

The five-day event, in addition to showcasing new usability and experience features in the operating systems, also brought information aimed specifically to developers.

On the second day, Apple presented new SwiftUI navigation options, new features in Xcode 14, new functionality that allows the use of Apple’s frameworks for games using Unity, ways to scan a location using RoomPlan, how to use color schemes in SF Symbols, and the new Push to Talk framework.

For the third day, the main goal was to bring the new ways to create app shortcuts, how to create desktop-quality iPad apps, and ways to use the new camera features.

This year, there were some great new iPad features, which means Apple is really investing in this type of device.

On Friday, the 10th and last day, they presented a very important topic of general interest:  Apple decided to address how developers can mitigate battery consumption of devices when creating applications, create a Swift server using Xcode, combine audio catalogs with video using ShazamKit, as well as demonstrate how to use multiple windows in iPad applications and finally connect “device to device” for a game.

Known and loved by many, the ‘heart’ of the iPhone also got new interfaces and tools.

We have some new features such as: from the iOS 16 version on, iPhone users will be able to customize their lock screens, which already exists in Apple Watch where you can change the information and tools in a very personalized way.

In addition, the Live Activities tool was added to the lock screen. With this, the user can follow the score of a game, their physical activity in real-time, or even how long it is for Uber to arrive in a personalized way.

As of version 16, it will also be possible to do this if the media is a video. In addition, the user will be able to translate texts directly from an image, and the most amazing thing will be the ability to convert the price of a product from one currency to another directly from the image.

In the new version of the Operational System, Apple’s messaging app received some improvements.

It was announced that in the new version, besides the user being able to edit and cancel the sending of a message, Apple also implemented another feature that will leave the application even more versatile.

Now it is possible to see a list of recently deleted messages, similar to what happens with the Photos and Notes apps. These will be available for up to 30 days, until they are deleted permanently.

A new API that allows third-party apps to make use of the walkie-talkie feature has been released by Apple.

Named Push to Talk, through this API the user will be able to send audio messages and play them back in real-time, even while apps are running in the background and without the need for direct user interaction with the app.

Although it doesn’t seem very important, one of the new features expected by those users who have problems with storage space is the ability to remove new Apple native apps.

The list of apps that can be removed has increased, such as Clock, Search and Health, thus bringing more convenience to users.

Besides iOS, another system that received news is the iPad OS, which in version 16 will finally receive a dedicated Weather app.

Currently, the weather information is limited to Apple’s native widget. In addition, one of the new features brought by Apple for the iPad is the ability for the user to create, edit and share documents (this feature will also be present in iOS 16 and macOS Ventura 13).

Still, on collaboration and sharing, Apple also announced the launch of a new app called Freeform.

The goal of this app is to help users read and share ideas in one place. Users will be able to view other people’s contributions as they add content or make edits while enjoying a collaborative, board-like space where everyone can contribute at the same time. This app will be available later this year.

Another feature exclusive to models with Apple Silicon is the virtual memory swap, which expands the available memory up to 16GB across all apps.

Another new feature of iPad OS 16 is Stage Manager: with this feature, it will be possible to resize and view groups of windows of up to eight apps on the screen, with full external display support (this feature is also present in the new macOS).

Even while being a super stable and reliable operating system, Apple didn’t fail to launch more news for Mac users around the world.

This year, the news is focused on Spotlight, which received a major update. Now you can preview results with Quick Look, start timers, make richer searches on the Internet, and a full-screen view mode with more context and data.

Another app that has received major improvements is Mail.

Apple has turbocharged its search system, and implemented a way to undo sending a message and schedule sending; it will also be possible to set reminders and follow-ups of previous messages. They also improved the spell check service.

Another new feature is the Metal 3 API for gaming, which was designed specifically for the power of Apple’s processor.

One of the most amazing features that also received improvements was Continuity, it will now be possible, for example, to instantly transfer FaceTime calls from iPhone to Mac. It will also be possible to use the iPhone cameras as your Mac’s webcam.

The macOS Ventura is still expected to be released between September and October of this year.

The operating system of the brand’s watch did not receive major updates. For this year, Apple brought new displays.

They improved the Podcast player, including a richer search in order to make life easier when it comes to finding a program/episode.

In the new version of the OS, users who choose to sleep using the watch will also have access to a new sleep monitoring tool.

With this monitor, the users will have detailed access to the period they were sleeping, how long the person was awake, or in light, medium, or deep sleep, among other classifications.

Another feature focused on health is Medications. With this feature, the user can register all the medicines they take, create notifications to remember the time to take them, avoid complications and get warnings about interactions between medications, so it will be possible to mitigate negative effects when mixing different substances.

This function will also be present in iOS 16. Finally, Apple continues to innovate with its wrist gadget when it comes to heart monitoring.

Now users will be informed about their history of atrial fibrillation, in addition to other issues that the watch already detects, so beyond observing cardiac changes users will share a PDF file containing the observed data with their doctor.

It is expected that all iPhones from version 8 and up will receive the update to iOS 16 by the end of 2022.

In July, it will already be possible to download a beta version to get to know the new tools.

The same goes for macOS Ventura, which already has a beta version available for testing, and also for watchOS 9, which should arrive in early spring in the United States (mid-September).

Conclusions about Apple’s Announcements at WWDC 2022

I believe that when it comes to operating systems, Apple has long brought only a few minor new features to its releases, and this year was no different.

This is a reflection of the high reliability and stability of its products. The biggest proof of this is the numbers.

In January this year, according to the company’s CEO, Tim Cook, Apple counted 1.8 billion active devices in the world – a considerable increase in the pandemic, considering the 1.65 billion counted in January 2021, and the 1.5 billion two years ago.

In other words, even though Apple has not launched any major innovations (such as apps and tools) in the eyes of users, it has worked hard to maintain its Apple standard of quality, mainly through the use of machine learning and artificial intelligence.

Another factor that for me was and has been a crucial differential for the largest technology company to always keep ahead beyond the launches in its OS is the immersion events that Apple promotes.

In five days of this Apple’s developer conference, countless subjects were approached such as how developers can create something trivial, but always in the best possible way, share knowledge and promote interaction among the community.

Do you have any guesses about the next Apple event? We’re looking forward to it!

A developer that lives in a continuous search process for the ideal technology for all.