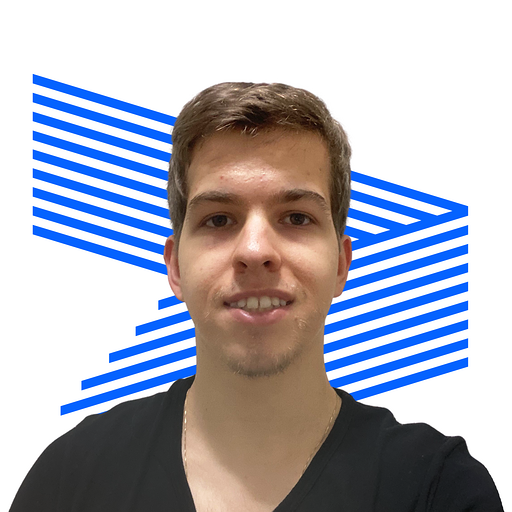 The new massive Flutter update has been released and it brought several features that will support the app development industry. Let’s dig it into this article to discover what’s new in this release and what will change.

Flutter is a Framework launched in 2017 by Google with the objective of being a new tool in the cross-platform mobile world.

One of the biggest problems Flutter tried to solve was performance. Part of this problem was with the javascript engine which is directed to functional language.

So, Google tries to find a compilated language at the same time as a good performance.

Because of that, Google decided to revive its own language Dart, which was released in 2011 but never had good acceptance.

After Google decided to use Dart in Flutter, the language has been offered a lot of improvements and it is now easier to learn.

It’s also performative, and object-oriented and it is still managed by the framework company, Google.

According to Google, nowadays over 500 thousand apps are using Flutter in the marketplaces.

This reinforces what our team believes is a good choice for hybrid applications technology.

On May 11th at the Google I/O event, the team announced the Flutter 3.0 version of the framework.

This version completes the cross-platform framework providing Windows, macOS, and Linux applications and further new possibilities of integration with Firebase, and new features to improve the development experience.

It has been a long journey since the initial Beta was released in 2018, which has been through stable releases, and null safety support, besides web and desktop improvements until we got this 3.0 version.

Flutter 3.0 came into play making it possible to generate applications for up to six platforms in a single codebase.

The new version provides us with new inputs for macOS and Linux platforms extending an even better experience for desktop app development, and now these two platforms come in stable versions alongside Windows.

It’s amazing to see all the advances that technology has had.

And at Cheesecake Labs, we are enthusiastic about it while being part of this journey by developing apps since the start of the framework.

In this Flutter 3.0, a reaffirmation makes the developers’ eyes shine.

Support for Apple Silicon allows apps to run natively, while the Material Design delivered by Google to use with the framework is more complete than ever.

Things like dynamic colors, updated typography, updates to many components, and new visual effects introduced in Android 12, like a new touch ripple design and an extended over scroll effect are just some of the new features.

This allows us to creatively explore a cross-platform adaptable design with many different components.

This version of Flutter already comes with the proposal of having a material design that supports even foldable mobile devices that allow us to create pleasant dynamic experiences, demonstrating the concern in supplying what is newest in the market.

Besides that, it was also new for Apple fans, as Flutter now supports variable refresh rates on iOS devices with ProMotion displays, including iPhone 13 Pro and iPad Pro.

On these devices, Flutter apps can render at refresh rates as high as 120hz, which was previously limited to 60hz, providing a smoother scrolling and animation experience.

Check out the Core Updates of Flutter 3.0

For Linux users, Flutter teamed up with Ubuntu’s Canonical to provide the best performance in desktop Linux apps.

All six platforms mentioned above are now running in stable releases which provide new support for developers on all platforms.

This is a big step for Flutter’s cross-platform integration.

Now, theme extensions allow you to add anything to the ThemeData of the material library.

Easy to code, and better to maintain the theme design interface.

A Google in-house design is now available in Flutter 3.0.

This is an opportunity to create new widgets with new design specifications.

For our developers and our Caker engineers, new tools to maintain code quality have been improved.

Engine raster and UI threads now run with higher priority on Android and iOS than other threads.

Dart is the core language behind the Flutter framework, and Flutter 3.0 came with the announcement of Dart 2.17 with anticipated highlights that developers have been waiting for.

Here the latest Dart can offer the developers enhanced enumerations, super constructors,  new syntax, the possibility of name args anywhere, and much more to ensure developers have the best experience developing awesome codes.

Our point of view for Cross-Platform Development

Flutter’s journey today is complete and at Cheesecake Labs, we have been through it fully as well.

Big brands already understand that Flutter is a great solution for Multiplatform demands and have already chosen this technology. We are prepared for that.

Moreover, Flutter also contributes to agile development, with faster rendering in interface development and build generation in a practical way.

Our team of developers loves to leverage technology, which enables more improvements on the projects.

What we’ve done so far at Cheesecake Labs using Flutter 3.0?

Fast, productive, and flexible. This is what our team has been extracting from the use of Flutter and developing delightful solutions with the latest in the market.

We have already been able to validate it for use in IoT products, involving Bluetooth and beacon integration and even web integration.

Some of our clients have already approved this technology and here are some of our cases:

This startup that we’ve worked with has made a name for itself as a blockchain digital bank, allowing customers to invest in cryptocurrency.

They are driven by a simple but ambitious goal: to provide easy access to cryptocurrency for everyone, not just tech people.

To make that goal a reality, they knew they needed to expand their offerings with some new, easy-to-use services — starting with a crypto wallet.

So they came to Cheesecake Labs. And together we decided to use Flutter.

Adopting Flutter as a starting point in this project was essential to ensure high reliability in the application’s source code, more frequent deliveries, and to mitigate possible maintenance issues in two published applications (AppStore and Google Play).

Among the points mentioned, one of greatest relevance is precisely the speed at which the team was able to achieve its deliveries and consequently, in a shorter time, more value in the final user experience.

They hired Cheesecake Labs to help solve a distribution challenge and to design and engineer a new application for mobile devices leveraging the Flutter cross-platform technology.

THAW is a heated shoe insole controlled by an IoT-powered mobile app. Owned by ACG Brands, a multinational consumer products company based in Texas, is on a mission to transform the sporting goods industry.

Using IoT and Flutter 3.0 technology, Cheesecake Labs helped them to create a revolutionary mobile app that delivers a personal warmth experience making it possible for users who love outdoor activities to set their ideal temperature for foot warmers.

Mobile Developer with a focus on framework Flutter, inspired by creating disruptive technologies and apps in favor of nature and society. I like beer too