Have you heard about microgrids, virtual power plants, demand response, or distributed generation concepts? Do you know how these issues relate to the technological trends expected for this year? In the era of startups, innovation, and exponential growth, new models are emerging in different markets to address technological trends that are already a reality in many countries. The energy sector has evolved alongside this trend, creating opportunities for the insertion of new business models, such as those involving distributed generation, and increasingly making the market more flexible.

One of the first trends that has become a reality in Brazil refers to the increasing adoption of distributed generation, which are small generation systems installed in homes, businesses, or industries that allow consumers to produce their own energy, becoming “prosumers” (producer + consumer), that is, individuals or companies that, in addition to being consumers, are also producers, in this case, of energy. Distributed generation is a global trend with a technological background, and it’s aligned with the 3 “Ds” of the Energy Transition, which intends to make the world of energy increasingly Decarbonized, Digital, and Distributed.

This trend of increasing the insertion of distributed generation allowed us to take a step towards the energy innovation process, as it allowed the appearance of microgrids, which are subsets of the electric grid that can operate independently from the grid when the grid conditions are not favorable. The emergence of microgrids aligned with one of the ten technological trends announced by Gartner, the hyper-automation trend; a combination of machine learning, packaged software, and automation tools to deliver a particular service. Hyperautomation refers not only to tools, but to all steps of automation itself (discovery, analysis, design, automation, measurement, monitoring). In the case of microgrids, the use of machine learning combined with automation tools allows increasingly autonomous and intelligent operation of these subsets of the grid, which can be, for example, the electrical installation of an industry, or even a residential condominium, allowing thus the optimized use of energy and the detection of inefficiencies. At Cheesecake Labs, we had the opportunity to apply these concepts on a microgrids optimization platform developed for AES Tietê.

The emergence of microgrids, combined with greater automation of electrical installations and greater consumer awareness, opens the door to demand response, an issue that is not yet a reality in Brazil but that is latent in the sector. When established, energy consumers can participate in demand response programs, temporarily reducing their energy demand, meeting an external signal. In exchange for this time reduction, the consumer gets an incentive, which can be financial. Companies that request demand response, on the other hand, benefit from alternative ways of solving technical problems.

The demand response is in line with another technological trend, given by the democratization of the user experience, a trend focused on providing access to technical experience to the general public. The demand for increasingly specific and immediate insights into how consumers use energy also translates into a way of democratizing user experience, as it allows users to access information that enables decision making and awareness.

In the Brazilian energy sector, the interaction of the energy consumer with the sector is no longer happening only when paying the bills, but it is becoming more continuous and active through new opportunities, such as participation in energy communities and gamification programs. Still, there is a great potential for the energy sector to follow the evolution of the banking sector, through the introduction of reforms that reduce complexities and approaches consumers. The virtual power plants, that are defined as the aggregation of several users wishing to negotiate energy at more competitive prices, is an example of a solution that allows the user to interact differently with the sector, while (bringing) economic benefits and ease. This type of solution is also part of our portfolio: we took part, together with AES Tietê, in the development of the first commercial virtual power plant in Brazil. 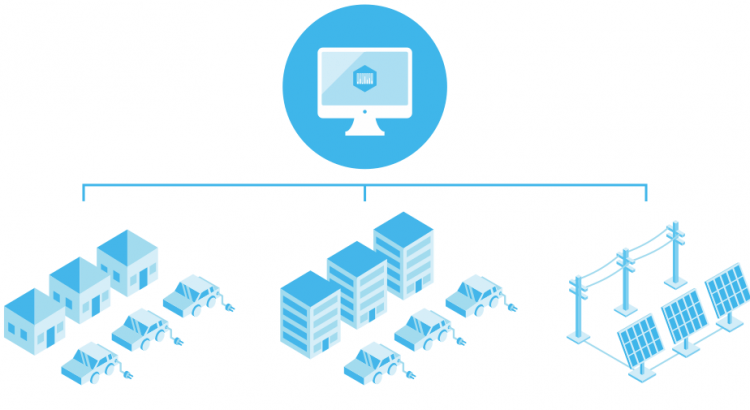 Blockchain and Applications in Energy Sector

Finally, the greater empowerment of consumers and the possibility of adopting new configurations for the agents involved in energy generation and consumption process, creates the possibility of applying blockchain in the energy market. Blockchain is another technological trend announced by Gartner, and has the potential to reshape industries by increasing the security and transparency of transactions.

Although it sounds like something futuristic, there are already some applications in which this trend can be used in the energy sector, and technology is seen as the main future tool for consumer empowerment. Among the applications, it is possible to use technology for trading between two parties (peer to peer), demand response, carbon offset trade, electric mobility, and renewable energy certification. Many of these solutions are still in an embryonic stage, and others are in the scope of work of some enterprises, waiting for a more open regulation or economic viability for their application.

It can be seen, therefore, that the energy sector and technological trends, in general, are aligning to provide consumers with more democratic, simple, and participatory ways of relating to the energy sector. At Cheesecake Labs, we have the tools and experience to address these trends in solutions for the electrical sector that bring value to the final consumer and position sector agents as promoters of innovation in the energy sector.

A Uruguayan electrical engineer who loves innovation, music and dancing.