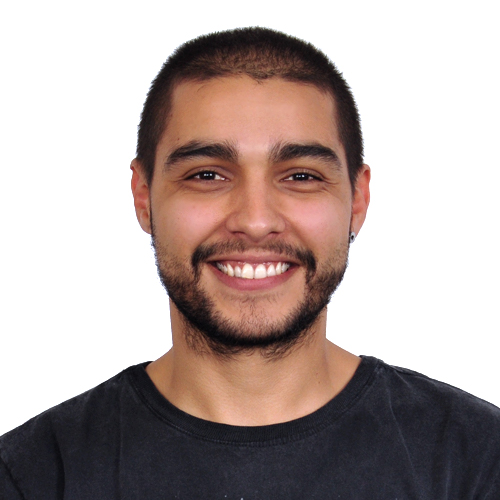 We are living a new today, every day, filled with new tools and paradigms. Often, we catch ourselves trying to apply yesterday architectures on new technologies, and that can end bad. One of these cases is BEM – a CSS naming convention – which solves a problem that we maybe don’t have anymore.

BEM is a naming convention for CSS with a simple and direct philosophy: code consistency, scalability and reusability. The methodology is based on its name: Block-Element-Modifier. This means that your classes will be split between three entities, which one with a different objective and role in your architecture and code organization:

When talking about selectors with BEM we have three little rules:

Why should I use it?

The BEM philosophy was created based on a few premises: code consistency, scalability, reusability, productivity and teamwork. With that mind is good to say that BEM is already adopted by many developers around the globe and big companies such as Google and Twitter.

If you wanna learn more about this methodology, check this article about CSS Architectures.

When it comes to naming convention and organization, BEM rocks. It’s simple and functional. Still, when we talk about CSS Architectures there’s another point we should care about: folder structure. And that’s when we mix one more architecture to the recipe: ITCSS.

ITCSS is a methodology introduced by Harry Roberts to help creating, managing and scaling large CSS projects. In his own words:

This is a methodology that involves visualising your entire CSS project as a layered, upside-down triangle. This hierarchical shape represents a model that will help you order your CSS in the most effective, least wasteful way.

The key point here is that we can use the layers as an effective folder structure to organize our code. On my previous experiences, I used this methodology a little bit different than its original proposal, having the code set up on these layers:

Now everything we need is to mix these two methodologies and we’ll end up with a powerful and yet simple CSS architecture in our hands. 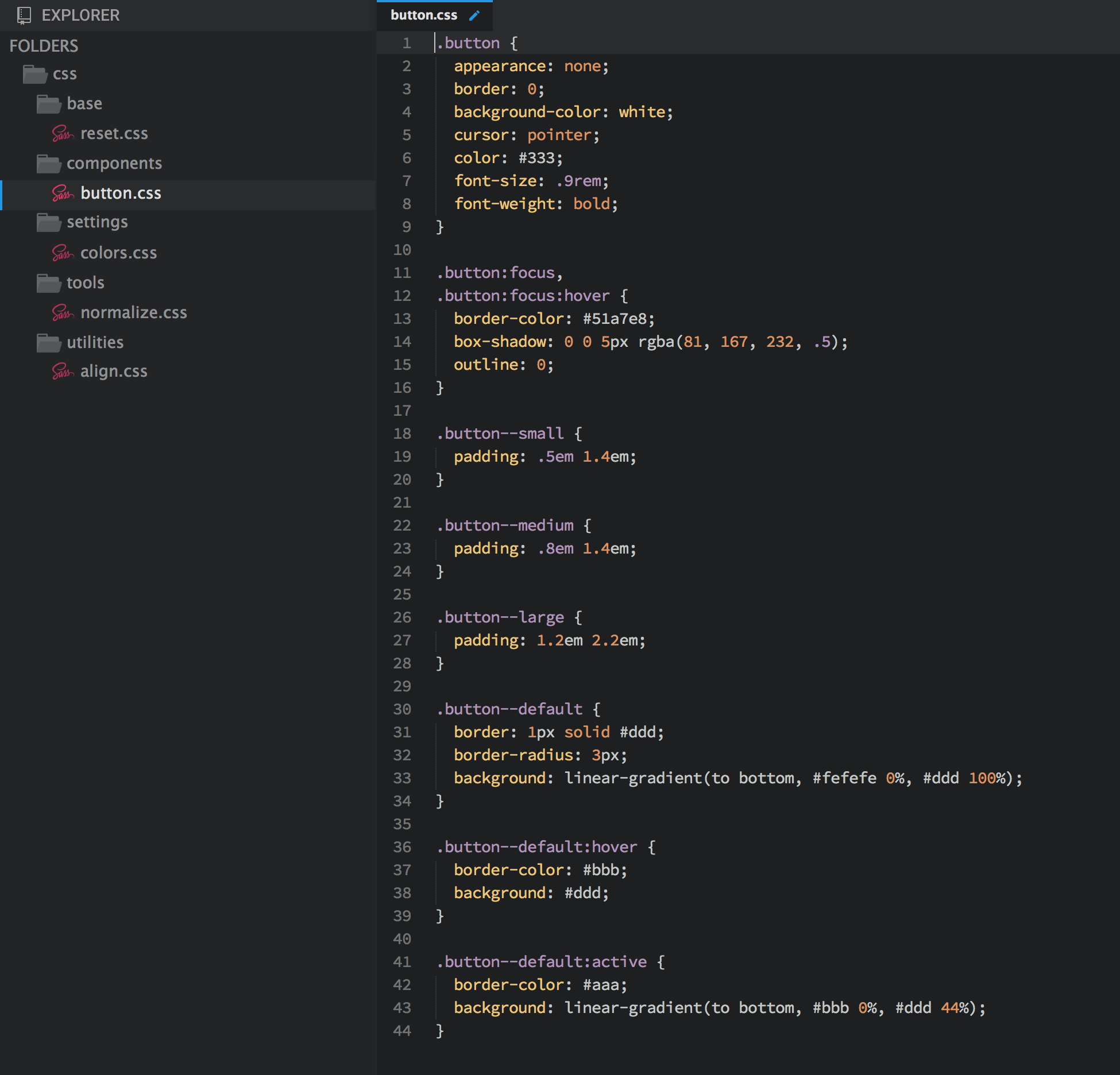 The BEM+ITCSS architecture was all we needed in the past years, until everything changed. ReactJS became one of the main SPA libraries, in which the way of thinking in components is kinda different than before. Now, every component is a JS module where the HTML structure is totally related to it and you can dynamically change your component states and variations via its custom properties. You don’t only link style tags to a semantic HTML structure anymore, you now have the power to create totally logical, dynamic and functional components.

So how do we approach our styles and code organization in this new scenario? Keep our style isolated from our React components, using the BEM+ITCSS methodology, or change radically with a CSS-in-JS approach? I would suggest staying somewhere in between and use the advantages of our previous knowledge.

The idea of using these methodologies and naming conventions started with a few reasons in mind: keeping styles isolated, creating unique selectors and clarifying the relationship between selectors within a component scope. No one uses BEM conventions because they like to type double underlines or double hyphens, but it definitely helps with code consistency, scalability, reuse, productivity and predictability. Those are all viable premises, so why not keep using it?

Because we can’t. The project architecture changed when we decided to introduce React in the equation. With that, a few restrictions, patterns and new possibilities appeared. This is a perfect time to adapt our previous rules to this new context. And here’s another lib I strongly recommend including to your toolbelt.

To explain all the advantages and functionalities of CSS Modules, I’d rather use the words of its creator, Glen Maddern. The overall idea here – besides thousands of benefits you get from it – is CSS local scopes. Now, all React components can be totally isolated in a logical and presentational state. This is how the structure looks like:

There’s no need to remain with the classic BEM convention inside styles.css. There, we should use the first entity as the component namespace, but now with CSS Modules, this relationship is dynamically created based on the JS component name. Behind the scenes it work this way:

And inside of your component you just include the classes you need depending on the its rules. Our button example can be described this way:

Ok. Now we have the solution for the components’ layer. What about global styles, such as settings, normalizes and resets?

The layered folder structure based on ITCSS still fits perfectly in our needs, so why not remain using it?

The idea is to create the same styles’ folder inside our src project, except the components’ folder, because they are already defined by the React default project layout. 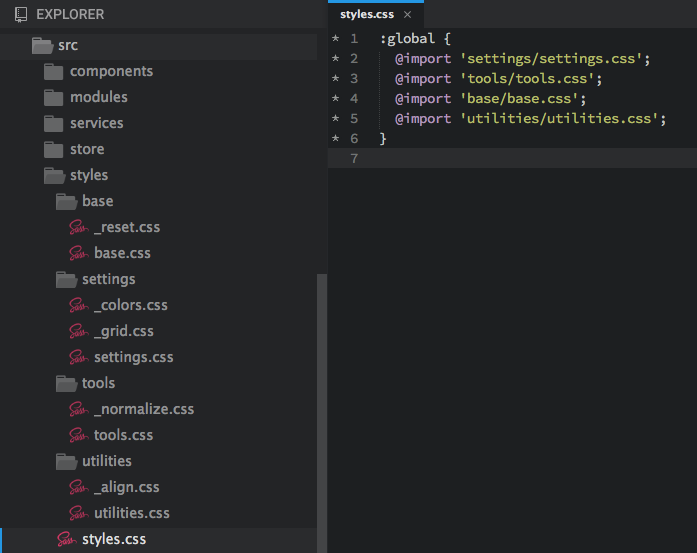 Using the :global tag, we can import the style file inside your main application making your styles available globally as a normal class.

The idea behind this organization is helping you create better ReactJS projects by keeping your CSS architecture in a way that you can scale and keep it sustainable, even with thousands of components and developers working on it.

However, the real point here is to open your mind and give you the idea of adaptation! Sometimes it’s hard to adapt, because you gotta let it go from things that were hard to master, but don’t forget that the problems you solved may not even exist anymore.

So, young pilgrims, keeping searching for the knowledge.

A frontend developer powered by good music trying everyday to deliver a full and rich experience for your users.