It isn’t easy to pick a technology for your new application idea. Everyone acts like the language they use is the best one out there (including us!). It’s hard for business owners to sift through the noise and figure out what tool is the right one for the job.

At Cheesecake Labs, we cut through the noise.

We’re clear about why we use Python — the benefits it brings to application development and the drawbacks too.


If you want to learn more about Python, the good and the not-so-good, keep reading below.

There aren’t enough words to describe all the benefits the Python programming language brings. That said, there are a few that stand out from the rest:

If you asked several Python programmers to create an application to handle a specific task, you would think that you would see vastly different coding styles and structures. In some languages, this is common. Python, on the other hand, keeps developers on the same page.

Python adopts the view that programming code should be readable and straightforward. There aren’t too many ways to accomplish tasks, and Python wants its developers to handle things in a certain way.

While some programmers might find this constraining, it makes life easier for others — including their clients.

Having simple and consistent programming code means that any engineer can look through Python code and understand what’s happening. This lets companies onboard new talent and get them up and running more quickly.

“As a client, this means your developers are more focused on delivering the business objectives than they are on determining which way of doing things is the best. Developers can focus on solving core business problems and launching apps efficiently.”

Python is an open-source project. This means that the source code for the programming language is open to everyone to read and propose changes. It’s built by developers, for developers.

As a result, Python is now one of the most popular programming languages on the market. Many educational institutions list it as the number one language for new developers to learn.

The extensive developer base has also led to many tools that make a developer’s life easier. These tools can integrate with business applications and let programmers do more with less code. You’ll get your applications developed faster and with fewer bugs too.

The Python community is also very friendly. Developers across the world regularly share answers to complex problems, and a Python programmer working on your app can quickly find solutions to issues they face. The outcome? Greater project velocity and a smoother route to market.

One of the most significant advantages of using Python is the abundance of developer tools and third-party libraries. One of the biggest time-sinks in development is creating everything from scratch, but with Python, you save time not having to build things that’ve already been built before.

How does Python achieve this?

For one, it has a lot of built-in features that make developers’ lives easier. The standard library contains program functions that let developers accomplish tasks in a few lines of code, something that would otherwise take a lot more.

If you need something more complicated than the Python library provides, you only have to look to the open-source ecosystem. There you’ll find tools for everything from machine learning to web development, and all a Python developer needs to do is install the library and get started on their task straight away.

People use these tools in a large number of industries. Data scientists make heavy use of machine learning tools to get data models up and running, and web development companies use frameworks like Django to build websites quickly.

“Again, all of this leads to a much faster build. With the best tools close at hand, we can leverage and optimize development time. Delivering solid-rock code and, ultimately, total value to your business — all in less time, and with a tighter budget, too.”

Are there any downsides to Python?

There’s no such thing as a perfect programming language, and the features that Python provides do come at a cost.

Let’s take a look at some of the downsides you’ll see when using Python as a programming language:

Search online for Python comparisons or how-tos, and you’ll find multiple articles stating that Python is slow. But what does it mean, exactly, in the context of other programming languages? And how much of a deal-breaker is this “slow/low performance” when adopting Python for your application?

Without getting too deep into the technical details, “Python code” is in fact slower than code written in low-level languages, such as C/C++. Why? Because Python is what’s known as a dynamically typed and interpreted language — and there are extra steps that Python code needs to take, to turn into code that computers understand.

Low-level languages compile into machine code, so there’s less work to do when your software is running.

Note the use of “Python code” in inverted commas above, though. We did that for a reason.

When you’re building an app that demands high computation — for machine learning, let’s say — many of the Python tools you’ll use mostly run as C-compiled code, with a Python wrapper. This means you can get a good balance of Python’s ease of use, plus speed from C, with a small overhead.

For applications like web development, Python code is hardly the most common performance bottleneck. Real-world applications are complex in nature, and they have to integrate with several third-party services that have a higher chance of impacting the overall performance — database, email, messaging queues, and so on. And unless you address the main bottleneck of the application as a whole, you won’t be effective.

Where the bottleneck can be identified as the Python code itself, you can always integrate with other languages like Golang. Problem solved.

So with no issue being too big to resolve… is it actually worth undergoing all these performance workarounds just to use Python?

The answer, for us, is a resounding yes.

Successful digital products are those that ship value to their users consistently. In order to achieve that, you have to be able to prototype and implement code that represents the world closest to its real form, without getting swamped with low-level intricacies.

In a world where hardware gets less expensive year after year, being able to develop applications and adapt faster is the real game-changer, and Python delivers on this promise.

The ease of use and development speed that Python brings as an interpreted language (and not a compiled one), has its benefits and its trade-offs.

In the exact same way you might use an interpreter to understand what someone else is saying in a different language to your own, Python code itself undergoes an interpretation process — each line of code is read, analyzed, and executed during application run time. And you may find an interpreted language like Python creates more runtime errors, when compared to statically compiled ones.

These errors can be prevented, though. A modern software development toolset with static code check, linters and automated tests bring peace of mind to Python engineers, leaving them to focus on solving real-world problems.

Of course, the Cheesecake Labs expert QA team is also on-hand to weed out any potential runtime errors before you hit the market.

Now that you know more about what makes Python great, the question is: how does Cheesecake Labs use Python to produce outstanding applications?

Essentially, the Python ecosystem lines up well perfectly with the Cheesecake Labs development process and our engineering culture foundations:

Python is a robust language that makes sure its developers handle things the right way. This encourages dev teams to create quality code that other developers can understand. It makes applications more stable, easier to debug, and easy to enhance in the future.

All this leads to better experiences and results for you (our customer) and the end user (your customer) too.

There’s a fine line between delivering quickly and delivering quality. You don’t want to speed through the creation of an app, only to end up with a disappointing outcome. That’s never an issue with Python and Cheesecake Labs though — together we stay efficient and still deliver excellent results, focusing on the right value for your users.

“The Python ecosystem provides us with the tools we need to get things done and get them done well.”

Python makes it easy for Cheesecakes Labs to work quickly and collaboratively with clients. Once your digital product is out there in users’ hands, we’ll be assessing and exploring ways of making your app even better (that’s all part and parcel of our fourth phase of product development, Product Optimization) — and Python facilitates the speed of that process.

Using Python, we’re able to easily translate the real-word use case to code and deliver that benefit to your users with no wasted time.

Python also makes it easy for us to figure out any issues that come up with your software; the Python developer tools help us find bugs and squash them. It helps us keep you updated on our progress and what’s going on with your application too.

So before we wrap things up — and in the name of transparency as well — it needs to be said: Python won’t be right for every project. You need to find the right tool for your job, so the development team you collaborate with needs to be well-versed in all the tools available.

You can trust the Cheesecake Labs team to not only give their honest, expert opinion on which programming language is right for you, but we’ll also have all the resources and skill-sets required to make a success of your app: Python, Node.js, Golang, or otherwise.

3 apps built by Cheesecake Labs on top of Python

With all the benefits of Python, it’s no wonder Cheesecake Labs has used it for 7+ years.

In all that time, we’ve created some great applications for our clients. Let’s check out a few of them and talk about how Python helped make them a reality. 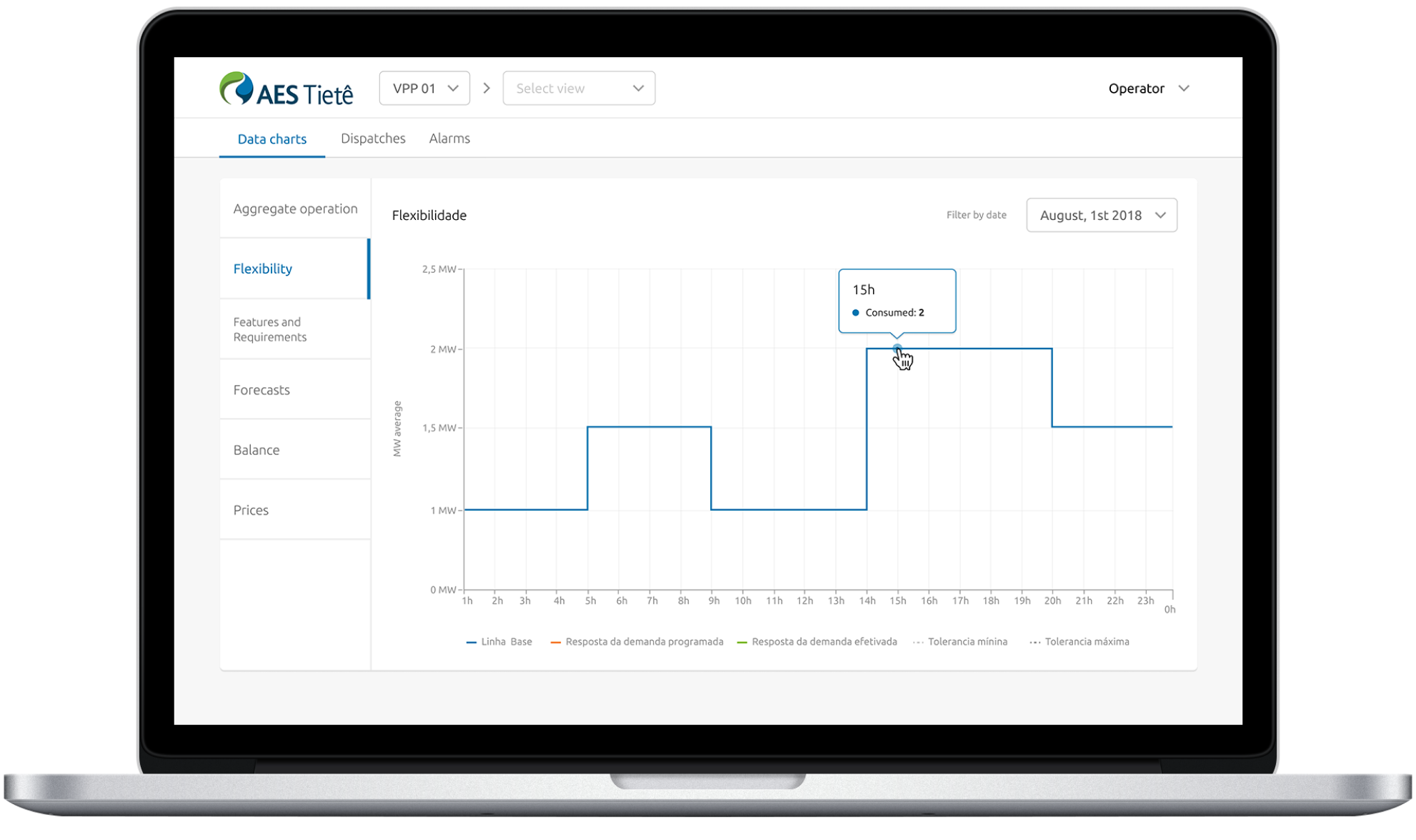 Cheesecake Labs used Python for the backend, and optimization algorithms. It helped create evolving algorithms that connect with third-party sources to create a robust environment. That data is used for data visualization that helped AES create graphs, forecast pricing, and gauge asset availability. 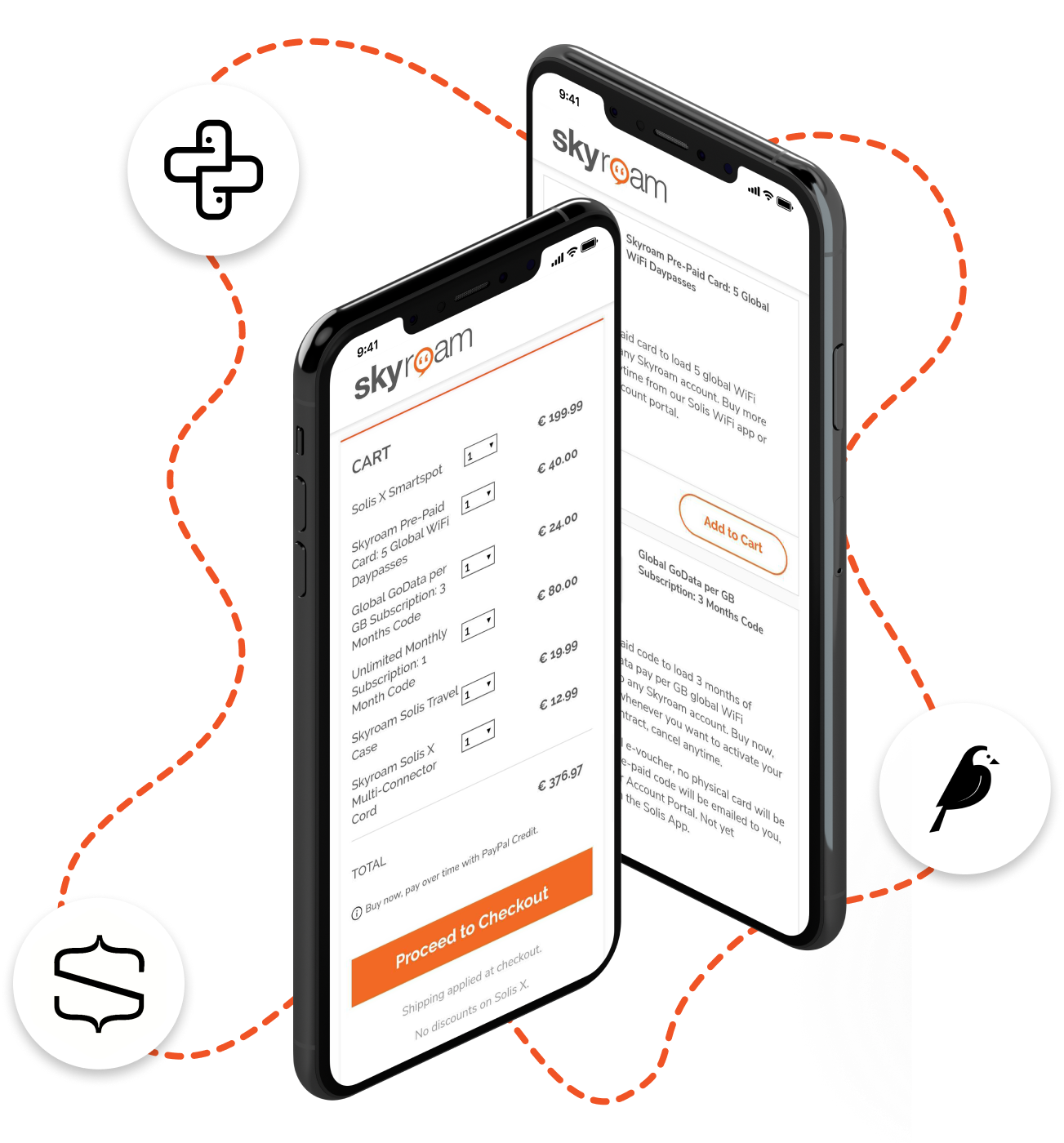 Skyroam is a global WiFi hotspot manufacturer. They saw limitations with their Shopify website and wanted to create a robust shopping experience for their customers. That’s where Django held the solution.

Cheesecake Labs used the Django Framework to create a custom-built eCommerce system for Skyroam. We migrated Skyroam off Shopify to a highly-scalable AWS cloud webserver that can meet Skyroam’s global expanding needs. 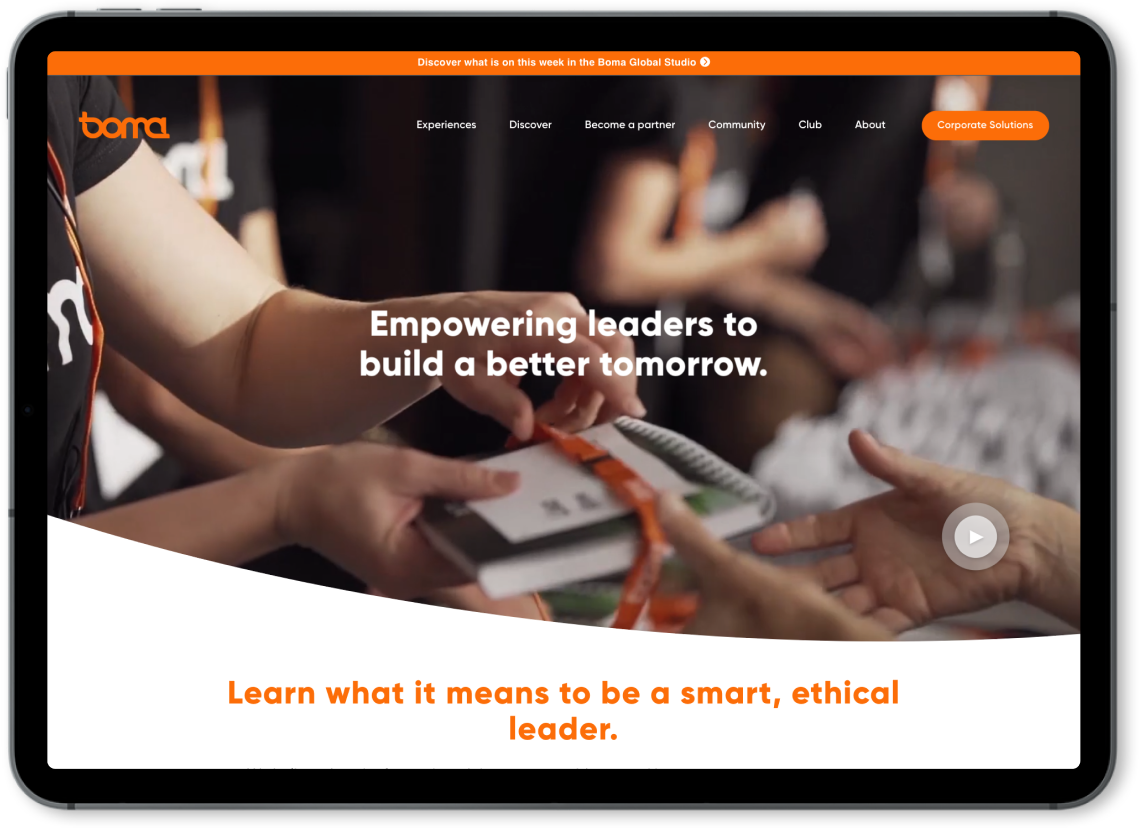 Boma Global is a leader in corporate education. They provide networking opportunities for organizations and individuals that are driving some of the most innovative companies across the world.

Cheesecake Labs helped Boma Global by updating its website experience. We used Django to create a custom-built website to inform Boma Global’s customers about their business — connecting users with event information, and helping them sign up for updates and events, while discovering more about the Boma Global network.

What could Python (and CKL) do for you?

By now, you should know the benefits of Python and why it’s an excellent choice for your next application. Now all that’s left to do is put that insight into action.

If you want to learn more about using Python for your project, get in touch. Our team will gladly walk you through the development process and start bringing your business idea to life.

Bernardo Smaniotto is an engineer by heart, crossing borders within product development disciplines. As COO at Cheesecake he’s always making sure that we have efficient, collaborative processes that deliver on the quality we’re bound to. View all posts by Bernardo Smaniotto