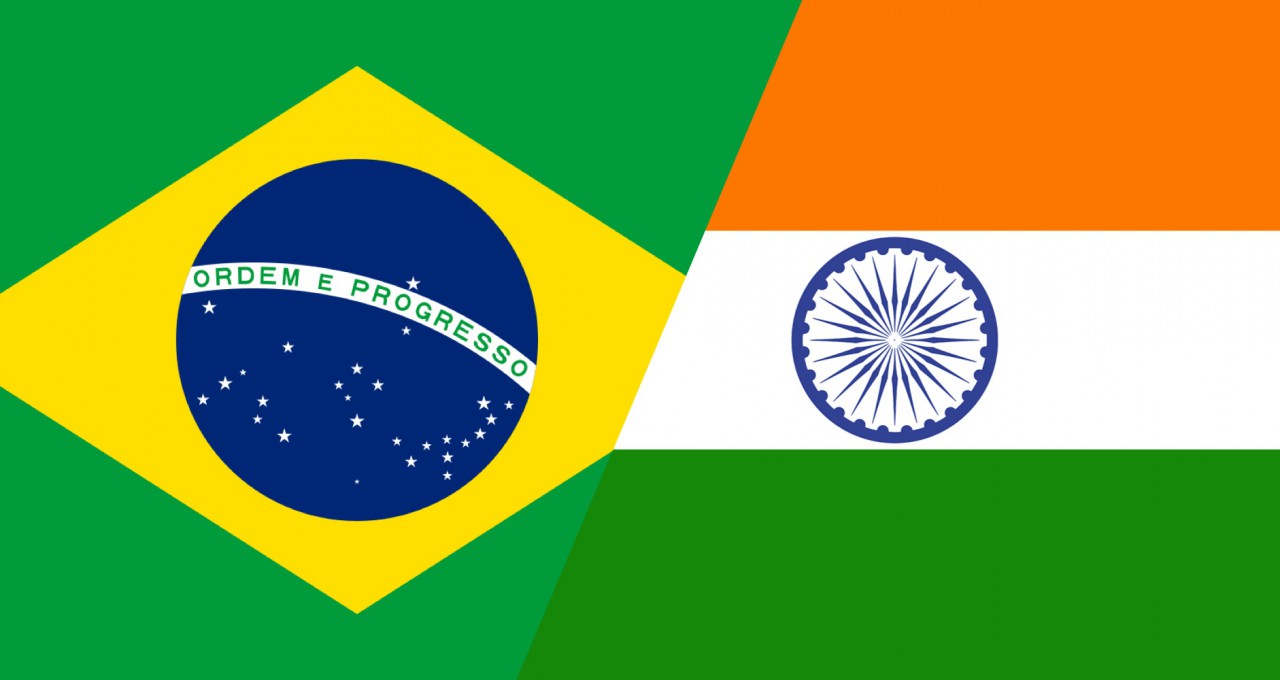 Brazil and India – besides Russia, China and South Africa – are part of the BRICS economic group, and both countries are already set as powerful nations, despite all their internal flaws and problems. In the mobile app development sector, there’s room for everyone, but we also understand that the outsourcing world is quickly changing. These are our insights about two major players on remote development work. 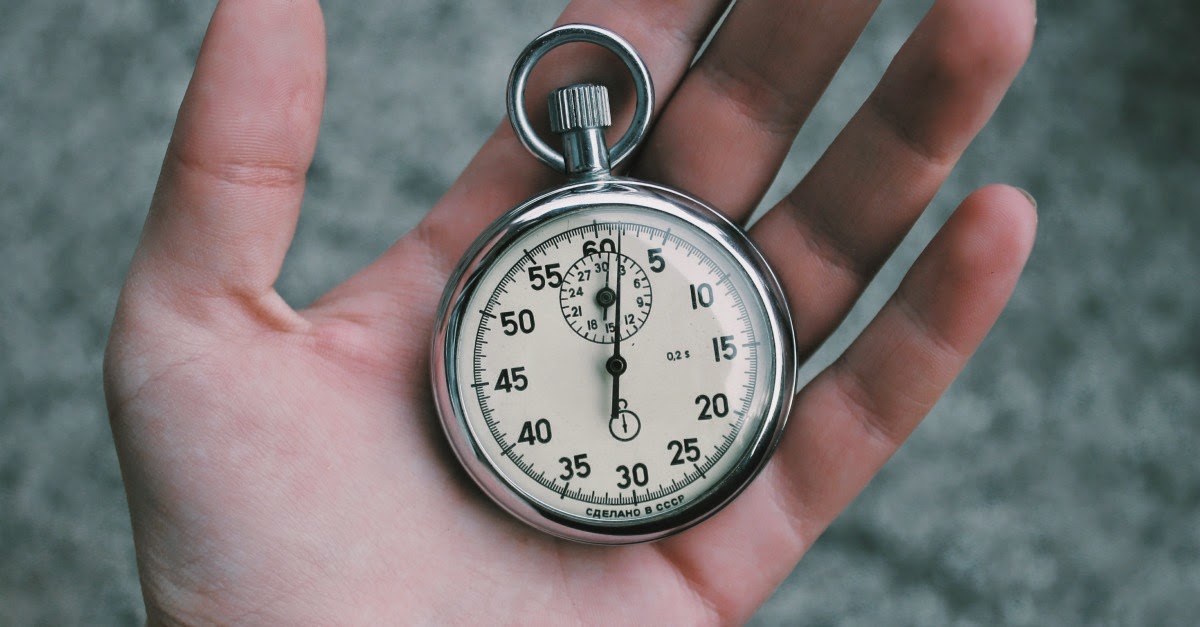 Business meetings are extremely important for briefing your developers and understanding the project manager’s ideas. It’s easier, faster and more reliable than emails. But when you’re outsourcing, it’s inevitable to think about the differences between timezones and how they can curb many efforts overseas.

Let’s say you are in San Francisco and you need to schedule a meeting on Wednesday. Here’s a fact: you can’t possibly meet with someone from India in business hours, as we can see in this meeting planner: 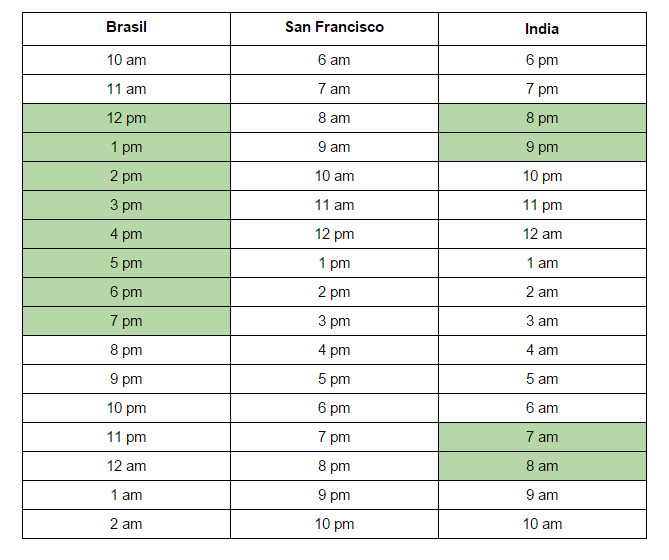 The Indian twelve-hour offset doesn’t apply to Brazil, since the latter’s timezone is just two-hours away from EST (Eastern Standard Time). Being located in South America, makes it easy to meet with Western Europe companies too, so we guess that this topic is closed.

Did you know that Staff Augmentation can cause issues for product managers? It may bring in the right people for the job, but there may be a QA expert from one place, a designer from somewhere else, and a programmer from a third location.

You have your “team”, but it’s not really a team that can work together easily — leaving the product manager with a lot more work to do!

This is why Cheesecake Labs are standing against the status quo of staff augmentation, offering a different approach instead: Dedicated Team.

In India, English is a native language, making it easier to understand the demands of partners around the world. However, English is steadily increasing over the last years in Latin America. The Brazilian government made the largest investment in English language education within the region, with the figure of 3 million USD. Besides, according to the EF English Performance Index, Brazil raised 2.69 points. But let’s keep in mind that the question here is about communication. Language is essentially connected to it but it’s not the only component. The Eastern culture is also a debatable point in this matter: there’s a bunch of testimonies about Indian social profiles – hardworking and diligent but somewhat narrow-minded, with a set of values that prioritize submission to the authority and to the hierarchy, instead of the conflict. The thing is that you have to confront bad ideas in this job – even if it’s your boss’s – or you’ll end up agreeing to implementing undoable features and delaying releases. The old model of production – like an assembly line, Ford style – is very self-defeating in the software development world. 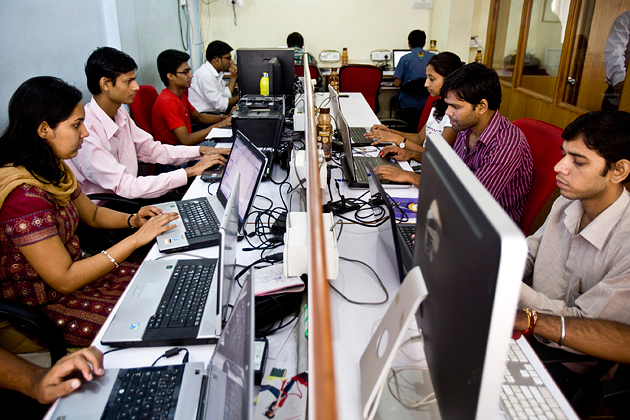 An obvious result of the excessively submissive attitude is having low-spirited professionals working with you on the other side of the globe, where management can’t be monitored personally. We believe that an office with thousands of employees that looks like a factory probably won’t offer the benefits of its creative minds.

India has one of the cheapest hourly rates of the industry, ranging from $15 to $25 per hour. This is a strong aspect about the Indian dev market, as other outsourcing countries can’t beat these values. The price is crucial for decision makers, as the majority of them are looking not for better solutions but less expensive ones. But why limit the requirements to costs only, when the developer’s motivation will be key to determine the code’s scalability and organization? When dealing with software systems, the cheap can become very expensive in the long run. 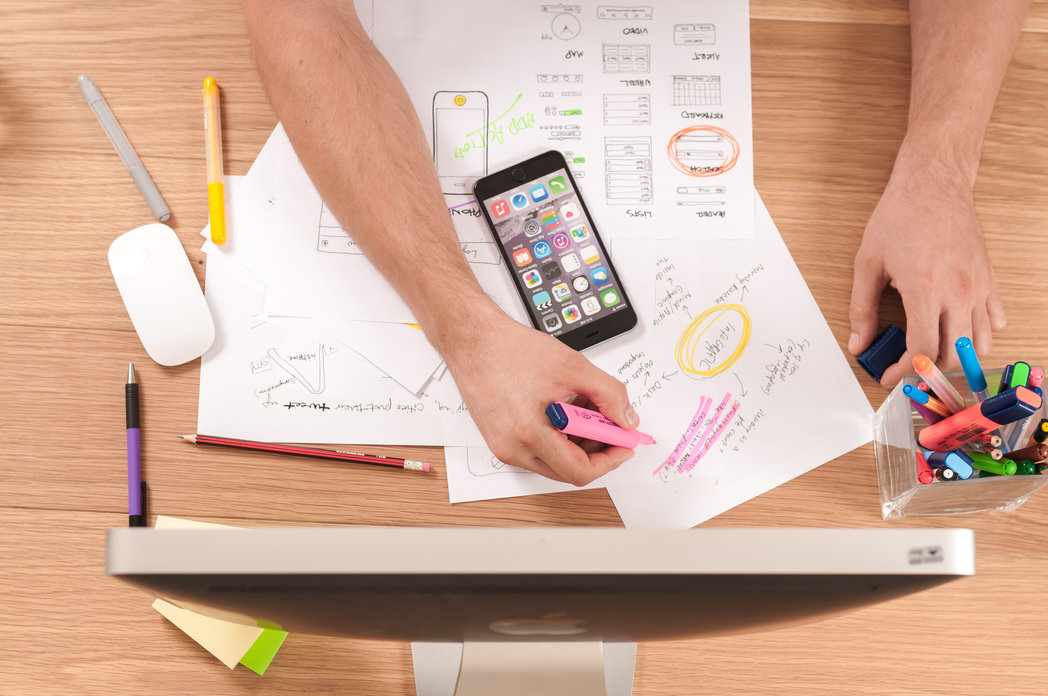 There are more than 12,000 GitHub users from Brazil. India has over 25,000 users. In the last year, 1,050,000 users from the website declared their country of living, and this natural language processing website looked up the active successful users, whose code is good enough for getting at least 10 followers. Brazil is in seventh place, passing Russia, Australia and Canada. One of those Brazilian GitHub devs, Zeno Rocha, has even contributed more than Linus Torvalds (yes, the Linux creator) in the past year. 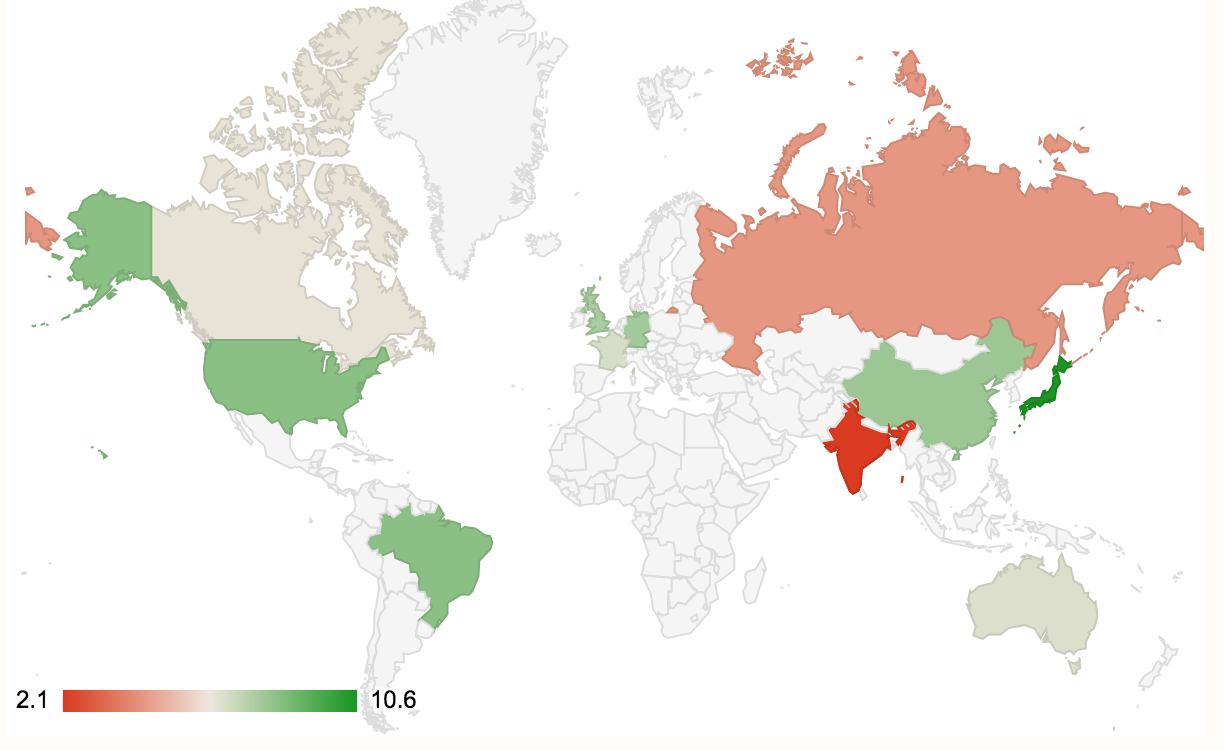 And what does that mean?

Well, that Brazilian developers are really putting an effort to the open-source community, with commits and collaborations, and being recognized by programmers around the world. It’s not like Rocha is better than Torvalds, but at least they both are getting more and more experience, doing great things for them, for other developers and for the industry. That’s indispensable if you want a seasoned pro in your project.

This post is definitely just the tip of the iceberg. In fact, there are good and bad companies anywhere in the world and choosing one of them requires having a critical view about the overall aspects. Even so, it is useful to have some kind of background research to underpin your choice. After these observations, we truly hope that you’re able to look for the best solution at the most suitable place, wherever it is.