Considering using Flutter to build your next mobile app? That’s a great choice.

After all, Flutter is backed by Google and used by some of the biggest apps in the world. In this blog post, we’ll explore what’s so powerful about Flutter as a cross-platform framework and which apps you can draw inspiration from for your upcoming development project.

Flutter is a cross-platform mobile app development framework. It includes a set of tools to help developers make high-quality apps for iOS and Android with great ease and speed.

Flutter was released by Google in 2018. It’s still one of the newer cross-platform development tools, but it has quickly gained traction — and is now what powers many of your favorite apps.

Its speed, simplicity of use, and flexibility make it a popular choice for developers and app owners alike.

What makes Flutter a great choice for mobile app development?

Google created Flutter with a single-minded goal: to provide a toolset for developers to build cross-platform mobile applications easily. In its short time since launch, Flutter has continued to grow and has released even more features to improve and streamline the app development process.

While other cross-platform frameworks like React Native can also provide this functionality, there are a few things that set Flutter apart from its competition.

Flutter compiles to native code (rather than interpreting)

As you can imagine, this is an additional step — and comes at the cost of development speed, however negligible but impactful on time to market.

Flutter, on the other hand, compiles its code directly to a smartphone’s native code. It skips the interpretation step, and as a result, you get a faster application. While you can get similar performance with other cross-platform tools, you have to do some extra work to get there.

You know how important a seamless, consistent digital experience is — no matter what device your user has in their hand. With Flutter, you’ve got options for how you make this happen. You can roll out the same user interface across Android and iOS, or you can create different designs from one platform to the next.

Having the same user interface on every device means you know for sure your brand is consistent everywhere. It doesn’t matter how old a device is or what operating system your users are working with — your UI and experience will always appear the same.

That said, sometimes it makes more sense to have custom experiences for Android users and iOS. And in those instances, Flutter is still a great choice for your development framework.

The Flutter framework supports a large plugin ecosystem, providing developers access to add native functionality by importing code to their projects. These features can be anything from Bluetooth access to GPS locations — improving your app’s experience and delivering more value to your users (and business).

Many of these plugins are created and maintained by Google too, so you know you’re getting great quality software for your app.

For many cross-platform development frameworks, mobile is the stopping point. If you want to build on desktop computers or another platform, you’ll need another codebase. But that’s not the case with Flutter.

Google’s newest version of Flutter gives developers the ability to use their Flutter code on other devices, including web. You can now use one codebase for mobile, Windows, macOS, and Linux devices — further adding to Flutter’s cost-effectiveness and flexibility.

More than 100,000 apps use Flutter, reaching millions of mobile devices. The question is, how many big-name companies use Flutter to make their software run? And what can we learn from them? 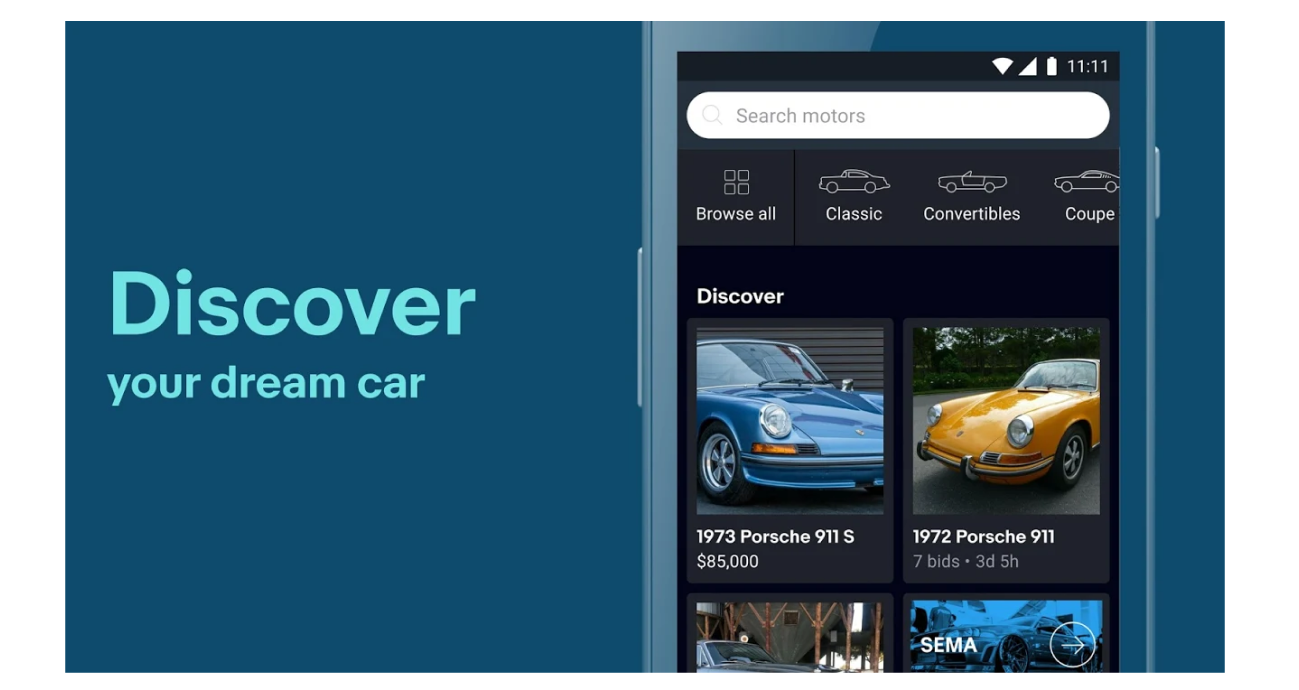 The first app we’ll take a look at is eBay Motors.

eBay needed a way to provide a great shopping experience for its users looking to buy cars online. Sure, a web browser may have been the first choice a few years ago, but now — with the rise of mobile — that’s not what users are after. Instead, the app needed to utilize a smartphone’s in-built features; managing listings, uploading media, and finding vehicles to purchase on the fly. 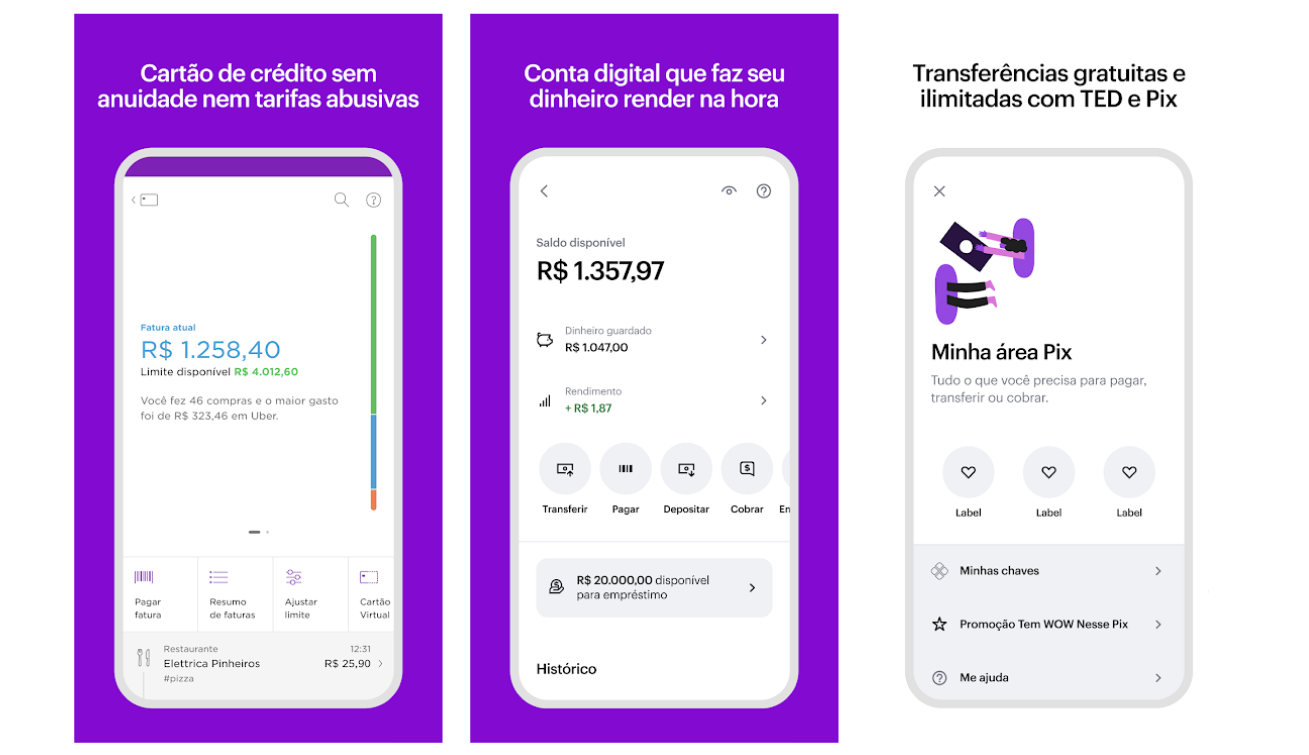 Nubank has been a mobile-first company since day one. At their start in 2013, they relied on Kotlin and Swift to create their mobile experiences. But as the company grew, it needed to expand its capabilities. 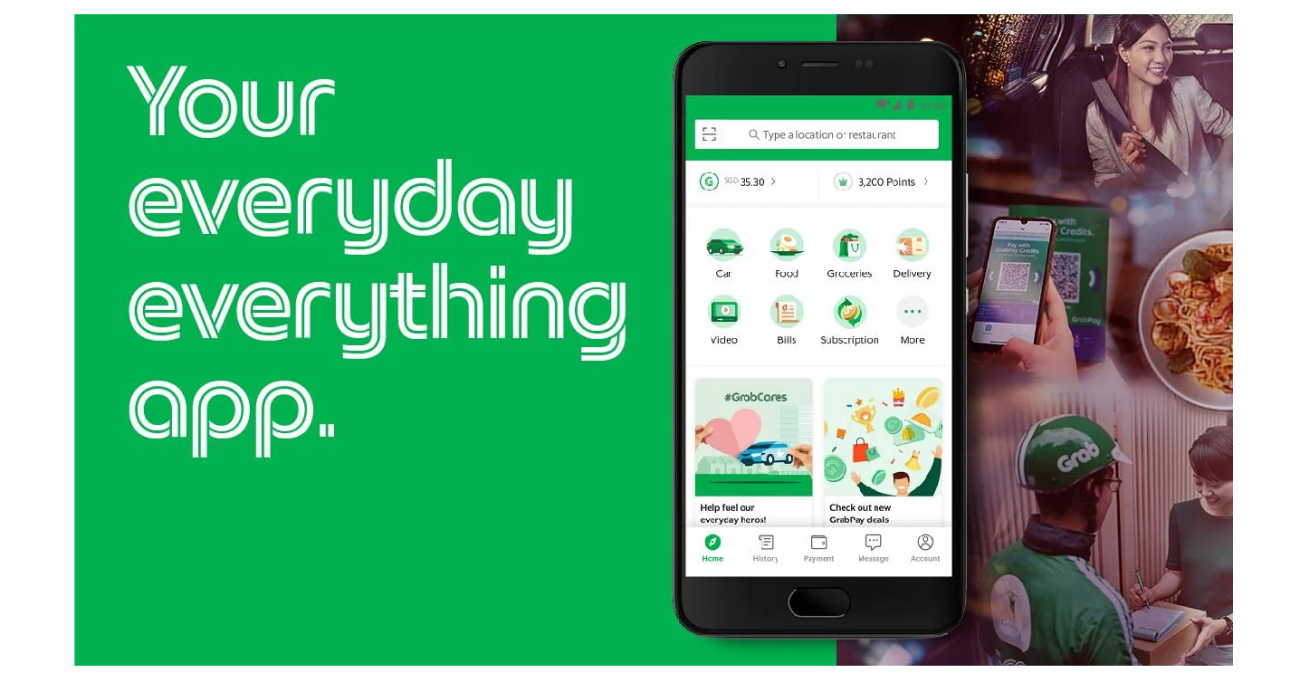 Grab is a platform that allows local restaurants to deliver food straight to their customer’s doors. Users head to the app to order their food online and wait for a delivery driver to deliver their meal. But we don’t need to explain the online food delivery model to you — with a year on year growth of 20.2%, there’s no doubt you’ve experienced it for yourself.

To help merchants take advantage of this growing market, Grab needed to create a mobile app that gave restaurant owners control over their delivery business.

Powered by Flutter, merchants can track orders, view reports, add team members, and everything else needed to manage their deliveries with ease. 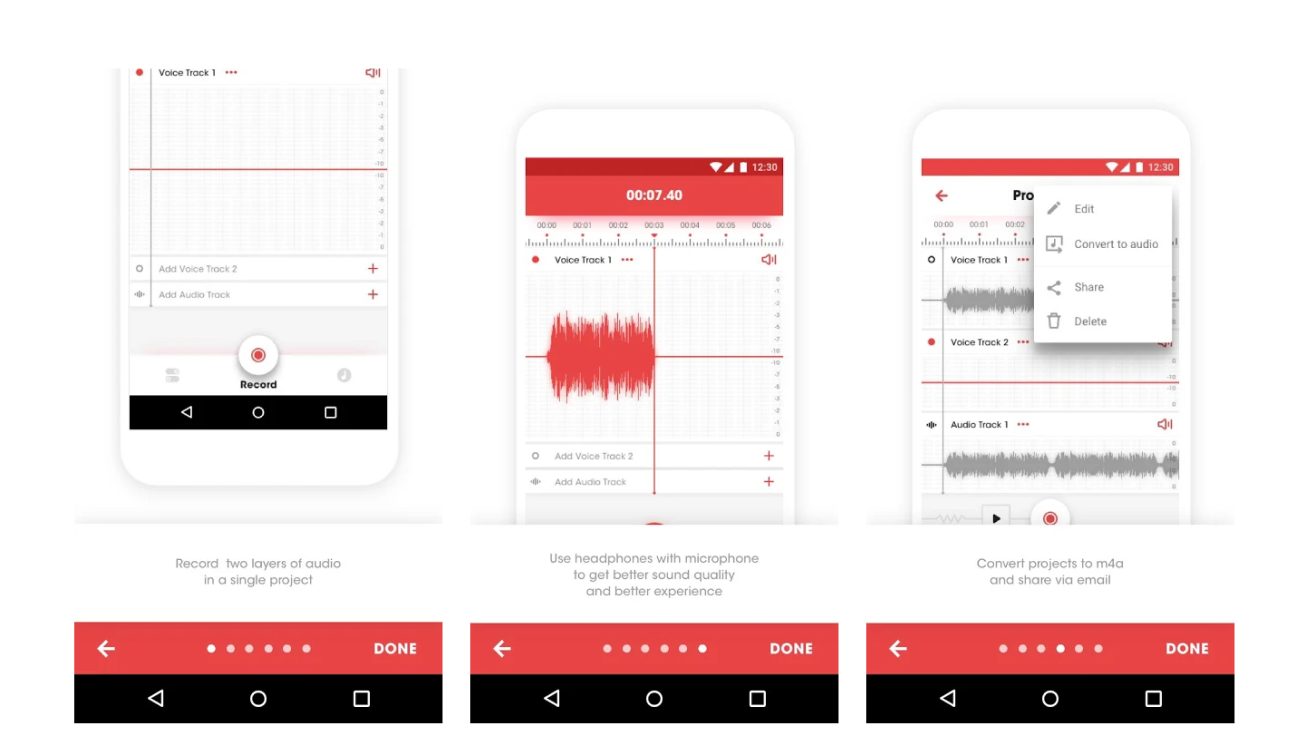 Topline is an app developed by Abbey Road Studios to help musicians save song ideas while they’re on the go — whenever inspiration strikes! Just a few taps on the app and lyrics, audio, and other files are saved instantly on the cloud. Once there, these thoughts and visions can be shared and synced across their team.

Abbey Road Studios took advantage of Flutter to build their app in just 10 weeks. It was featured in Google I/O 2018 and won two awards in the UK App Awards 2018. 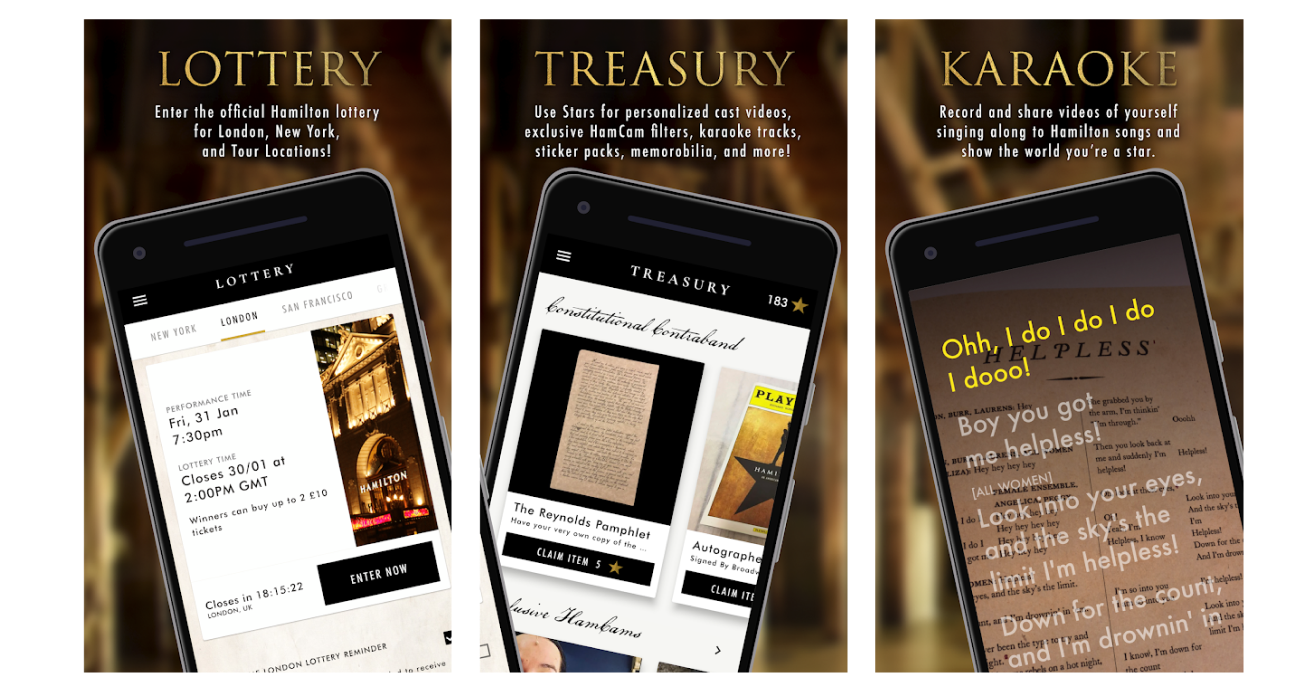 Broadway theatre and emerging tech doesn’t always go hand in hand. But the app for stage-sensation, Hamilton, is an exception to the rule. The stage show’s official app connects theatre-lovers to exclusive content, merchandise, and even daily giveaways.

Speaking about how Flutter improved the process, Hamilton’s digital design partner said: “Flutter made it possible to deliver more and at a higher level of quality. If we had developed two independent fully native apps, we never would have shipped the feature set we had at launch.”

Download the Hamilton app for Android here, and iOS here. 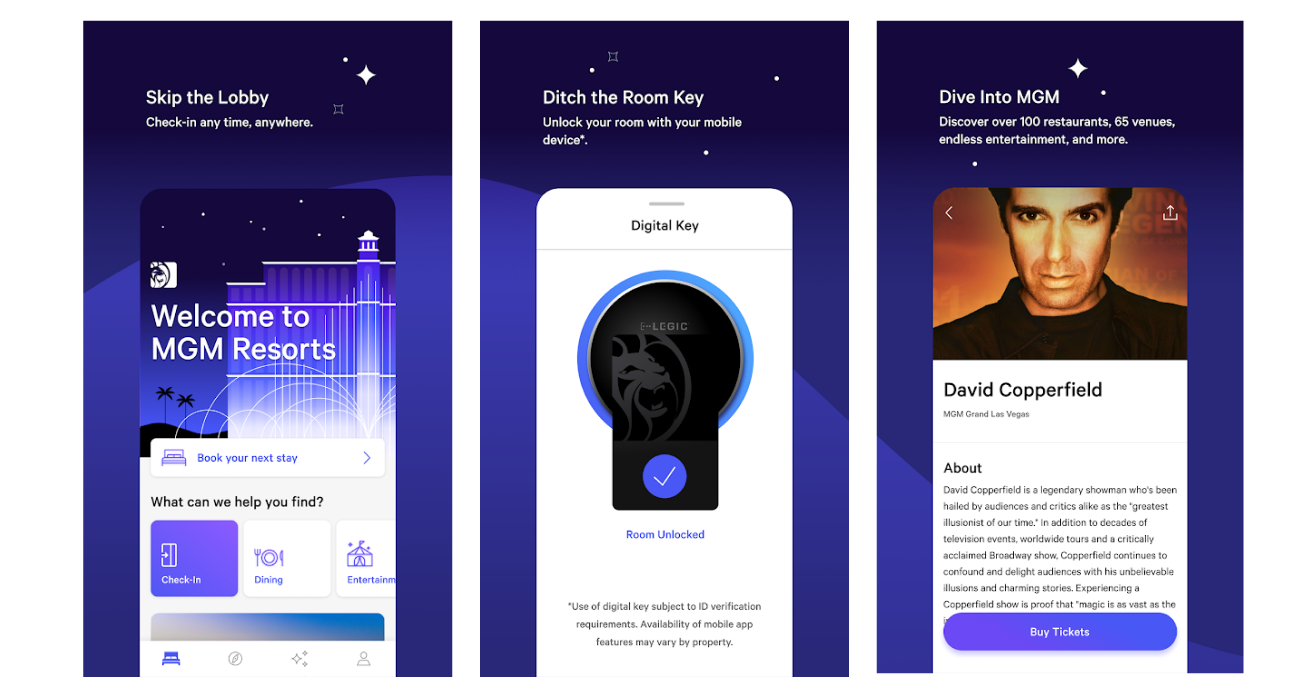 MGM is one of the biggest names in US hospitality, with venues and experiences in Las Vegas, Detroit, Massachusetts, and elsewhere across the States.

Download the MGM app for Android here, and iOS here.

In a world where being nimble and adaptable is essential to stay competitive, you can’t afford to work with older, slower development methods. Flutter won’t only help you launch your next app in less time, but it will also help you maintain your app in the future.

Are you thinking about using Flutter to build your new app? Reach out to the Cheesecake Labs team and talk to the group of experts who can make it happen.